Cyborg-Puppy is a The Hatty Network original series by Ethan M. Nelson. It first aired on October 3, 2015 and ended on October 22, 2016. The series is a parody of Japanese tokusatsu like Kamen Rider and Super Sentai.

When the 15-years old (in Human years) puppy named Jimmy Dogson was drinking a water. A few seconds later, he accident drink a robot chip in the water who gives him the superpowers and to defeated the C.R.O.W. 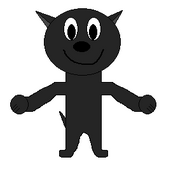 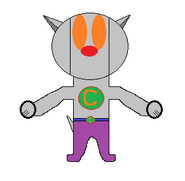 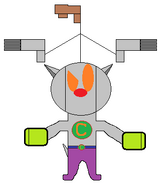 Cyborg-Puppy with his deadly form.

Community content is available under CC-BY-SA unless otherwise noted.